FInally, my third blog. After writing my second blog on softball, I thought it would be interesting to talk about my second love, basketball. When playing basketball, a lot of physics must be applied. Basketball deals with a lot of physics especially in its shooting, passing, and also dribbling. Without the concepts of physics being applied to this sport there would be no such thing as basketball.

Shooting: When shooting the basketball there are many concepts that you must rememeber in order to have the ball go successfully into the basket. First off the two many concepts that are illustrated are the shoot itself and also the spin that is put on the ball. In order for this to happen, you must push the basketball off your finger tips and the force and and angle applied causes the movement and the ability for the ball to spin and rotate in the right direction toward the basket, this example is more of a jump shot than a lay up. When talking about a lay up on the other hand, it deals with more of momentum. The velocity comes from the sum of the shooters speed and the balls speed as well, both work together inorder to make the shot successful. The biggest difference between the jump shot and a lay up is the amount of force applied, when dealing with a jump shot a greater amount of force is needed because of displacement and distance from the basket, unlike the lay up where it is helped and contributed by the back board. Laslty, the free throw shot. Unlike the other two types of shooting, the lay up consist of one very important piece of information the consistancy of minimizing the x-motion meaning keeping your elbow tucked in so that the ball can stay in the same plane.

Passsing: Passing also deals with a great amount of physics. In order to understand this concept, one can use the equation F=mv/t which explains the idea " the greater the time the lesser the force will be which creates an easier catch to make". In order to create this prefect pass one must remember to keep the elbows sightly bent and allow for the arms to absorb the energy and force from the ball, law of motion and energy. When passing, one must remember that momentum divided by the time is equal to the net force.

Dribbling: Dribbling deals with a great amount of physics, especially dealing with the types of energy. When one holds the ball without it hitting the floor this is callled potiential energy because there is no movement or energy being transfered. When the ball hits the floor this called kinetic energy because energy is being distributed amongst the ball and the floor. 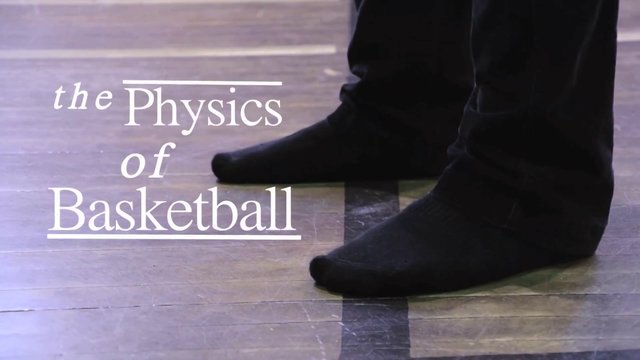