As a kid I used to love watching Wile E. Coyote and Road Runner! When ever he chased the Road Runner and happened to run off a cliff, he would stay there for a few seconds, look at the audiance with a petrified stare, and then finally fall. To a six year old this all made perfect sense, but now, understanding the laws of physics, it would be impossible for him to not fall immediately. 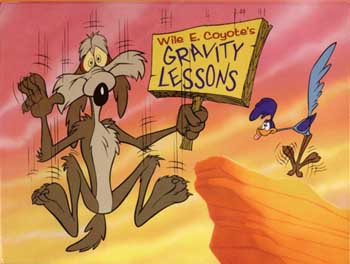 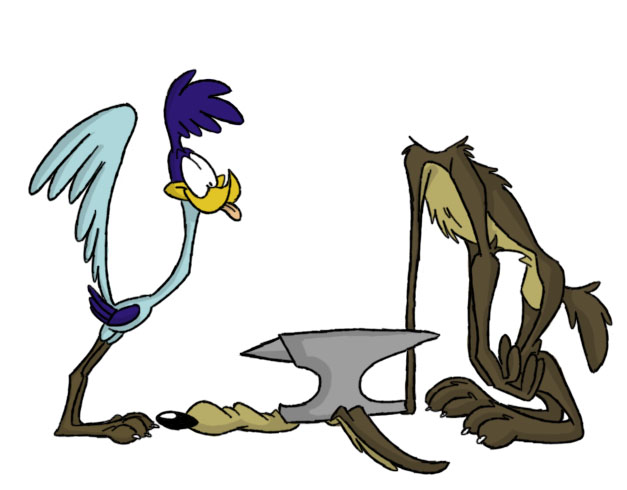 When an object falls from any height gravity takes over forcing the object to go down. Following the laws of gravity, Wile E. should fall as soon as he steps off the cliff. The other thing that Wile E. does that doesn't quit follow physics is when he falls and drops an anvil and it ends up hitting him on the head. We all know that when two objects are dropped, because of gravity, they both hit the ground at the same time, no mattter their mass. Overall, the cartoon doesn't follow the law of physics, and made my childhood very confusing!