Cytherean mountains (AKA mountans on planet Venus) cannot be seen directly. The surface of our sister planet is completely obscured by the thick clouds that also heat the surface to a balmy 900 or so degrees Fahrenheit. So, how do we know that the mountains are there?

Fluids, of course! (dear god why)

To put it simply (seeing as I can't make it more complicated if I wanted) the atmosphere of Venus is more like an ocean than a conventional Earth-like atmosphere, with a hotter under layer and cooler top layer. When the lower atmosphere passes over an obstacle such as a mountain, it causes ripples up top, much like an ocean wave after passing over an underwater mountain. Actually, studying that is what lead to the realization of yes, this indeed means Cytherean mountains

so, have some pictures of indirect proof of mountains 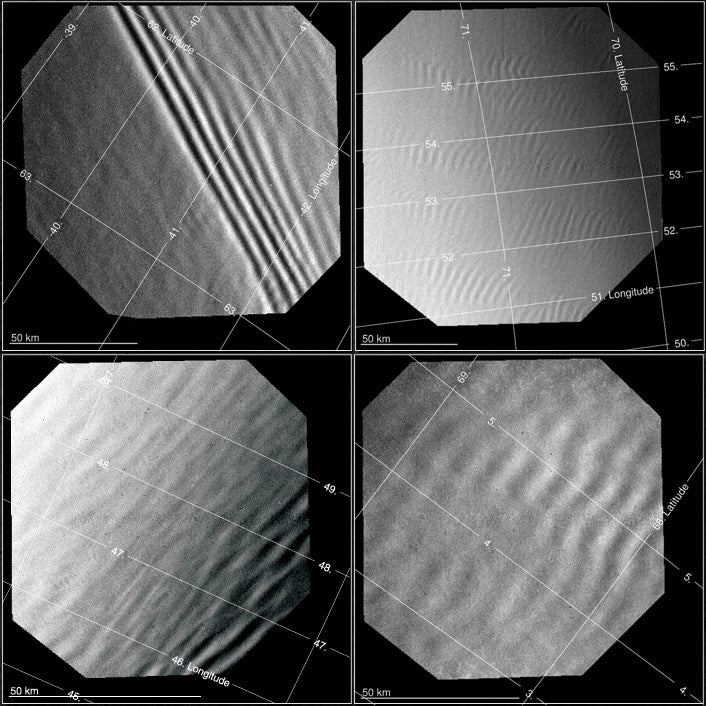