It's November now, and here that usually means snow. However, the weather has been a bit unusual lately and the leaves are still falling. Which brings us to the physics of falling leaves. It's a little more complicated than "leaves fall because gravity." This is true, but as we learned more this year, there are other forces acting on leaves in addition to gravity. In addition to the force of gravity, falling objects like leaves are affected by air resistance. Air resistance acts on an object in the opposite direction. Air resistance is the reason that a leaf does not reach the ground the same time a rock does when they are dropped at the same height. Like in the lab that we did with the coffee filters, leaves don't take long to reach terminal velocity, the velocity at which the force of air resistance is equal to the force of gravity. When this happens, the object falls at a constant speed, and does not accelerate. This is why leaves float to the ground instead of plummeting to their inevitable seasonal death. 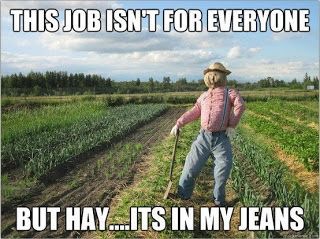