One of the coolest experiences ever. I was able to meet Brian Greene personally prior to his keynote speech at the George Eastman House. NEXUS focuses on helping new entrepreneurs expand and grow to create efficient and modern businesses. Brian's speech focused on innovation. He talked about Einstein's Theory of Relativity-a concept I was semi-familiar with. He explained how one idea can be interpreted in so many different ways. Einstein's theory resulted in the theory of black holes, the Big Bang theory and others. He touched on the subject of parallel universes-a concept I found extremely intriguing. His speech really inspired me. He demonstrated how the physics community can truly create infinite possibilities. He branched out to everyone in the audience by explaining everything in a simple way. From his speech, he really concentrated on one big idea: we must look back at the past to make our future. All of the innovators he mentioned looked back at Einstein's work and questioned the components of the theory. He truly inspired me and so many others in the audience. 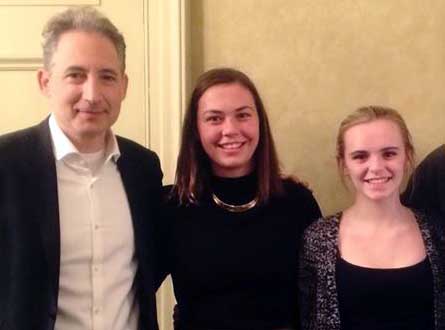