Catapults are ancient weapons known for doing lots of damage from a far distance.  But how can a simple machine launch such big objects so far?  It comes down to the way the machine is built in which it creates large amounts of potential energy by either twisting a rope or flexing wood.  This potential energy is then transferred to the object when it is released.  One of the most common catapults is the ballista which is basically a giant crossbow.  In this the potential energy is stored in both the tension in the rope and the bent arms on the bow.  The tension in it acts as a spring so in can be calculated using U=1/2kx^2.  This is then converted into kinetic energy when the bow is released and that is where it is able to fire heavy objects very far. 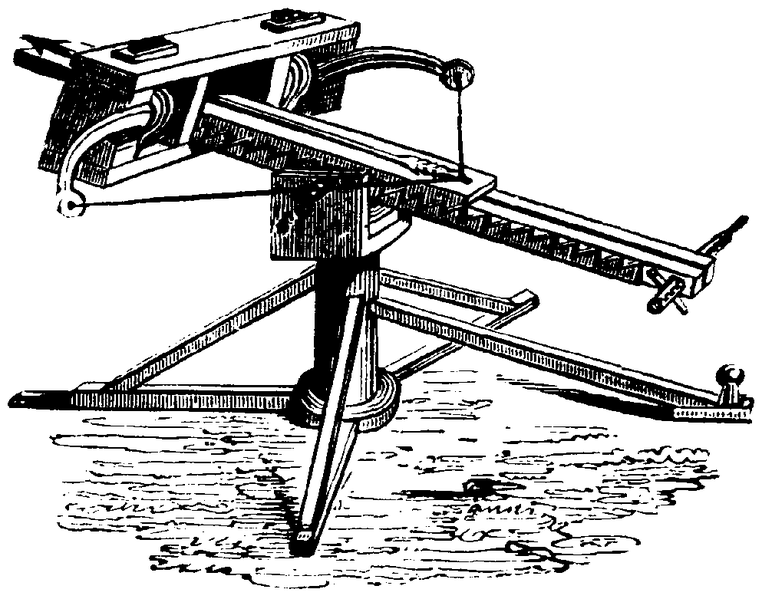