This long weekend, my family took a vacation up at my cottage near Watertown NY.  My father, brother and I all hunt and have been doing so since a young age and every fall we take time to spend some time in the woods with each other hunting for big game.  This time of year, bow hunting is the open season, and sitting in my tree-stand this past weekend, I thought back to a time when my brother and I were first learning about hunting and archery.  My brother, who was 11 at the time was enjoying his fancy brand new bow with sights and everything.  He had sighted the bow in so he could aim directly at the target from 10 yards out and the bow would be oriented at just the right angle so the arrow would arc and hit the target right in the middle.  Now, thinking he was Robinhood, Chad took it upon himself to get into the treestand we had set up to practice with and declare to the world his amazing archery skills.  The next 5 minutes were easily the most frustrating of his life as he proceeded to miss the target on every shot he took, getting closer to tears every time he had to get off the stand and retrieve his arrows after a full round of misses.  Obviously, 11 year old Chad did not understand simple trig and physics because when one looks at the situation closely, it is easy to see why he missed.  The treestand was 15 feet off the ground and against a tree, which formed a right angle with the ground. This right angle meant that the direct path from bow to target was a hypotenuse of a right triangle, therefore meaning the path was farther than 10 yards.  With his bow sighted in at exactly 10 yards, it is obvious that without compensating, the arrow would miss low.  In addition, with Chad being young and not very strong, the bow had to be reduced in power for him to be able to pull back and shoot accurately.  This lack in power meant a lower velocity of the arrow and therefore more time in the air.  Through kinematics, this means there is more time for gravity to accelerate the arrow downward, increasing the amount of error in his shot.

And because you are probably so surprised I havent talked about baseball at all, here's a picture of one of the game's best pitchers Madison Bumgarner who is an avid hunter. 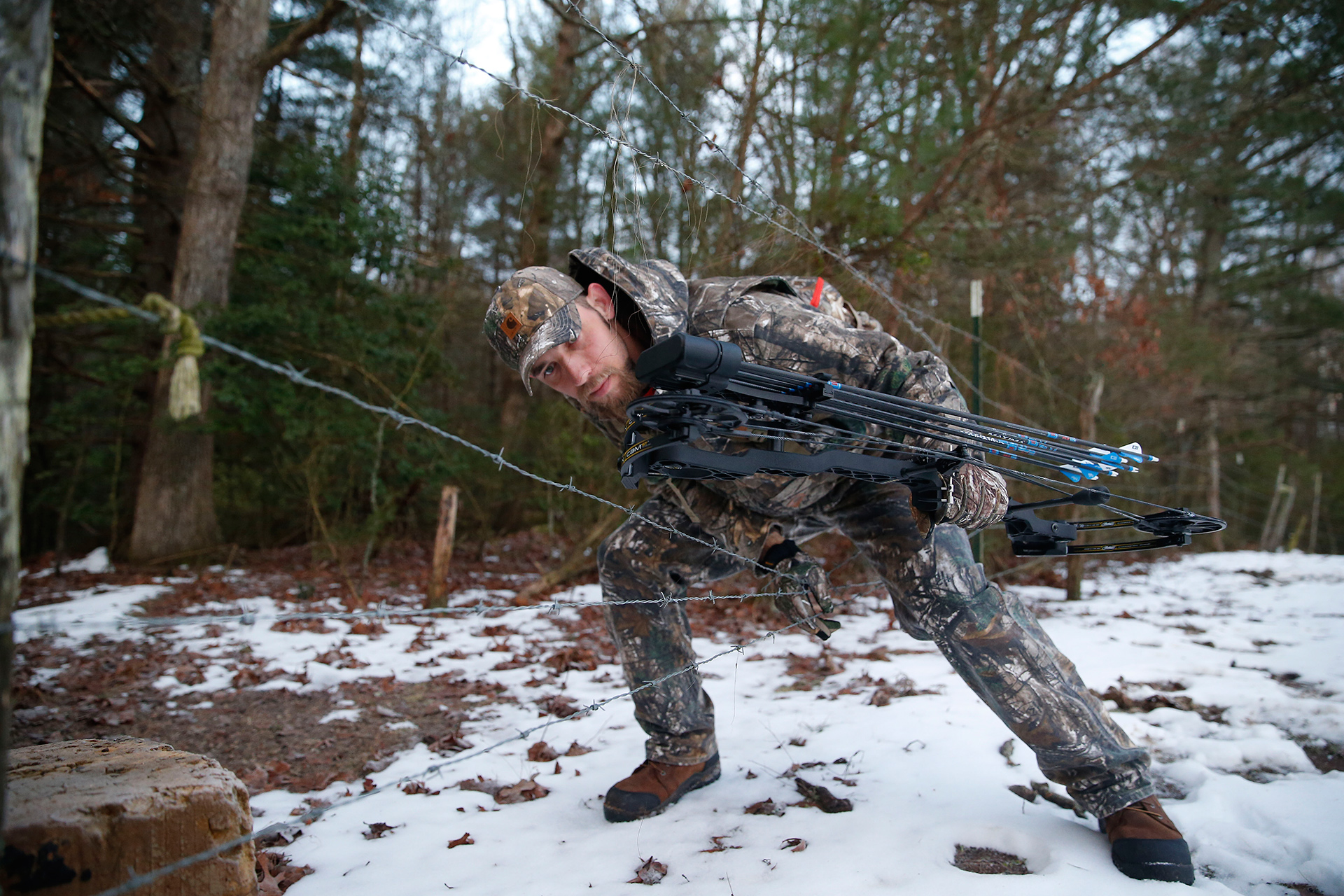