In this weeks episode (Episode 11) of The Grand Tour, a motoring show with the old presenters from Top Gear UK, there was a section in the show were physics played quite a big role in getting a shot right. In the shot they fired a car, assumed off of an air cannon, onto a boat. 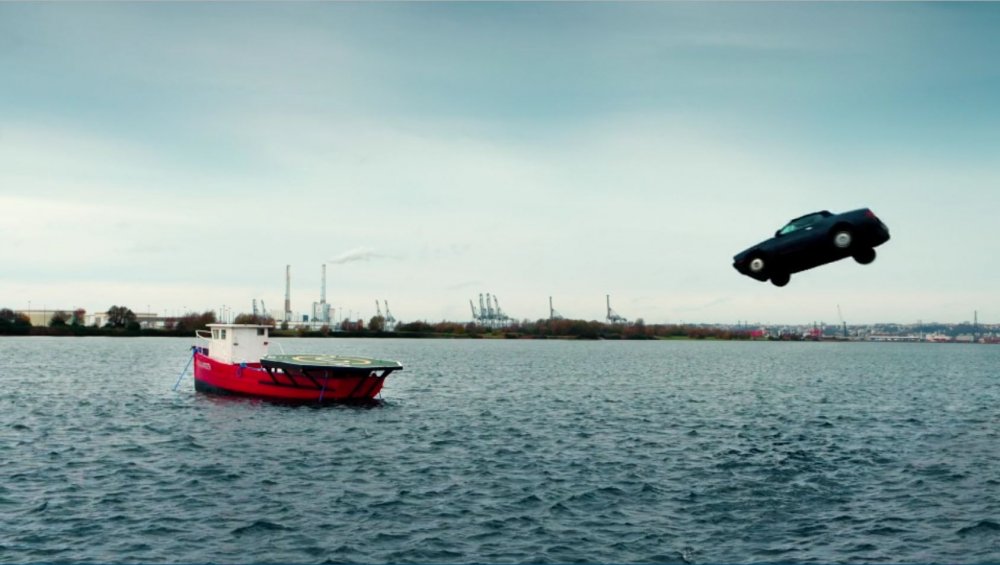 In order to do this somebody needed to calculate using kinematics how far the car would go given a supplied force. Taking what was shown in the show it is quite difficult to try and guess exactly how they did given there is too many unknown values. I can imagine that they also took some air resistance into the calculation as they landed the car almost directly on the boat. 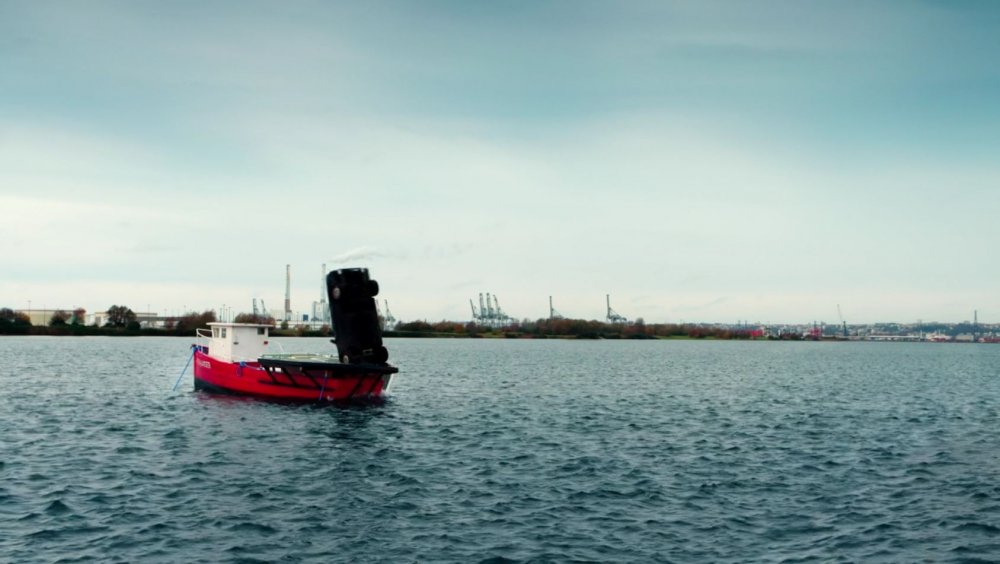 Lets try to find how far the boat is from where the car is launched. In the video the car seems to be launched from a fairly low angle, lets say 25°. I can also tell from the video that the time the car enters the frame to the time it comes in contact with the boat is close to 2.5 seconds, taking into account they didn't slow the footage down. With this time we can use the equation to find it's initial velocity using Vf=Voy+a(t/2). With this calculation we find that Vyo is 12.25 m/s. Using some trig we can find Vx=(12.25/tan(25)) which leaves us with a Vx of 26.27 m/s. Then using ΔX=Vot we can find that the distance the car has to travel is around 66.88m.