Javelin throwing as it can be implied is largely dependent on the throwing angle.  While it seems as if it should be like any other activity where 45 degrees is the optimal firing angle, it is not that case.  Wind speed and direction have a huge dependence on choosing this angle.  The strength and speed that the thrower can release with is also a huge factor.  When studied it was found that some of the best javelin throwers in the world were actually releasing at a angle lower than 45.  The optimal angle with average strength and wind speed factored in came out to be around 30 degrees.  At this angle the thrower is able to hold onto the javelin for a longer period of time than at a higher angle and that gives them the ability to generate a much higer initial velocity. 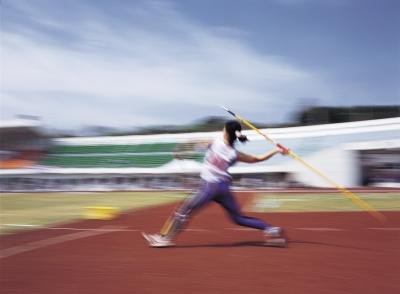