In spite of the title above, this blog post will NOT be about the unfortunate event in which your trusty spoon just cannot take the weight of all that cereal.  This is going to be about my unfortunate brother, Chad, who is affectionately known as Spoonhead (or Spoon for short) due to the fact that his small head bears an uncanny resemblance to that of a spoon.  Last night, Chad started in his 22nd Varsity baseball game (hes a sophomore) but only lasted about 3 innings because he went down with an ankle injury running to first on a routine ground ball.  Around 10:00 last night, we found out he broke both his tibia and fibula (both leg bones) right above his ankle.  Although the injury was gruesome, the way it happened is interesting when analyzed from a physics perspective.

At the moment the injury occurred, Chad's foot was impacting the bag at a velocity vector which was not perpendicular to the face of the base.  (That is a big no-no if you want to avoid injury crossing the base).  When the foot impacted the base, the force that the base exerted on the foot made it roll over itself as Chad's momentum from his body weight propelled his legs forward even after he stopped using his muscles to voluntarily move his legs.  This rotation of the ankle created a torque that was way too much for his lower leg/ ankle to handle and caused both bones to snap suddenly.  Thankfully, it was a quick, clean break and no surgery was required. 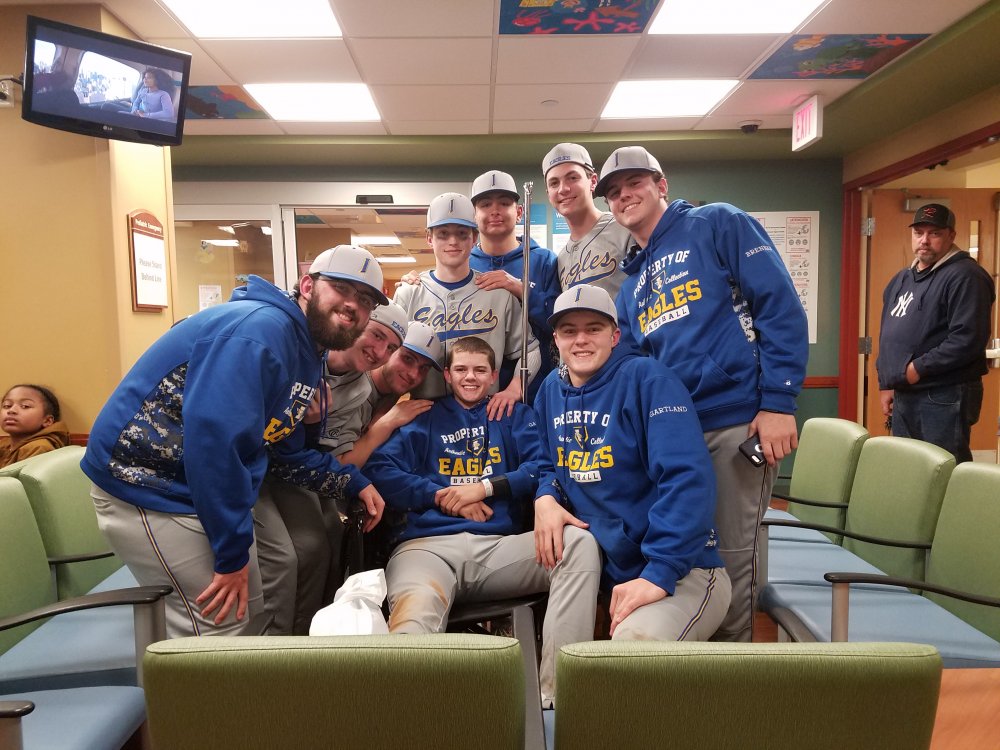