In this second addition of physics in winter, I will explore the physics behind skiing. Three popular skiing events that physics plays a large role in include alpine or downhill skiing, Nordic or cross country skiing, and ski jumping. Each sport can be manipulated using physics to achieve faster speeds and greater results.

In alpine skiing, there are several elements of physics that come into play. On a most basic level, downhill skiing involves the conversion of potential energy at the top of the hill into kinetic energy as the skier approaches the bottom of the hill. But as the skier goes around sharp turns through gates during a race, the physics becomes much more complicated. You can dive deep into the complexity of a perfect curved turn and the physics behind it, but here's a short video that helps explain it.

Another major factor in downhill skiing is air resistance. You often see skiers in this crouching position, as shown in the picture below, to help them go faster. By crouching down low, skiers are reducing their projected frontal area, thus reducing the amount of drag force on them. 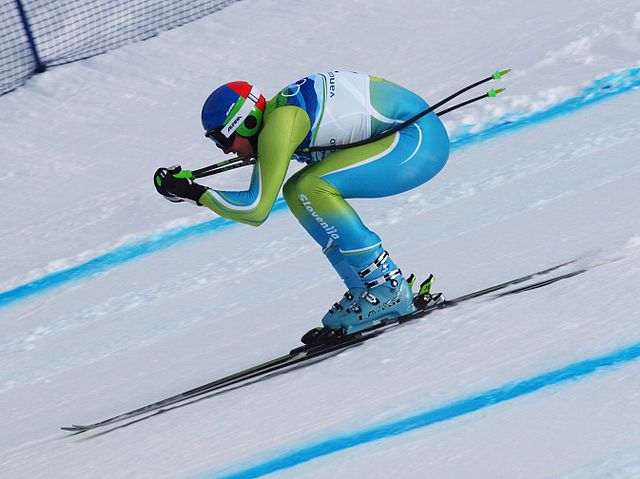 This technique is also used in ski jumping as a skier descends the hill and attempts to gain the most kinetic energy at the bottom of the hill so that they will land the farthest away from the hill. Another strategy they use to increase their distance is employed during takeoff. Skiers minimize drag and maximize lift when they lean forward and make a V-shape with their skis, as shown in the picture below. 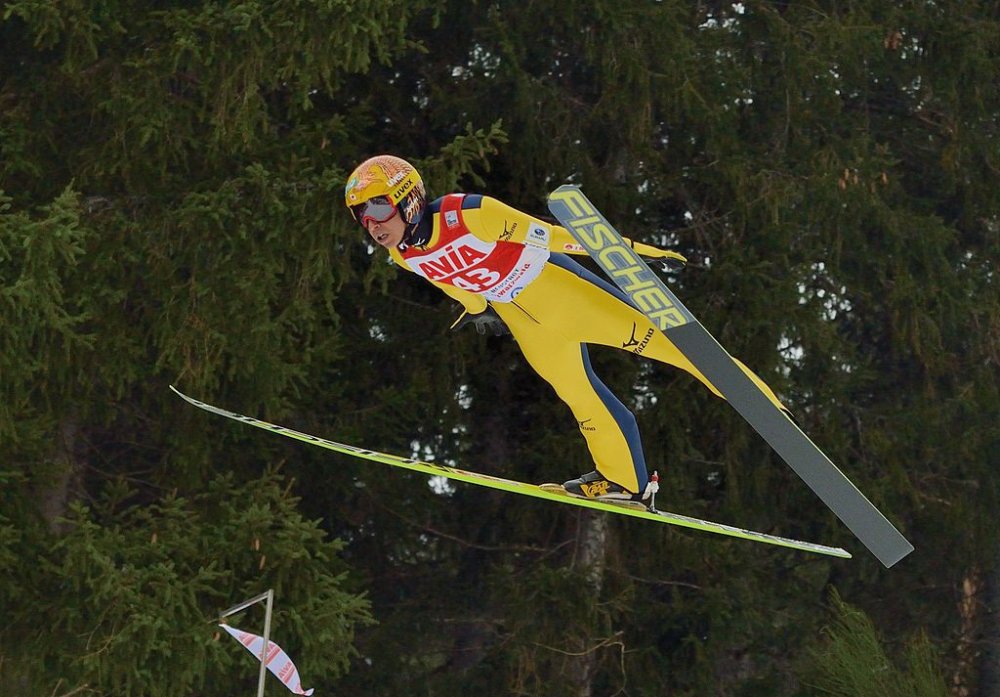 By spreading the skis into a V-shape instead of leaving them parallel, the skier increases the projected frontal area of the skis that is perpendicular to the direction of air flow relative to the skier. This increases the lift force that allows the skier to stay in the air longer and reach farther distances. This technique was initially ridiculed when it was first introduced by Swedish jumper Jan Bokloev in 1985. However, the physics behind the V-shape prevailed and by 1992, all Olympic medalists were using this style.

Finally, in Nordic skiing, a skier must push himself forward using his own force, rather than being able to rely on the force of gravity to gain speed. To do this, they use a strategy vary similar to what skaters do which I discussed in my last blog post. Here is a picture to help you get a better idea of what I am referring to.