Here's a riddle for you guys: what's at the end of a rainbow? I'll get back to that at the end.

So, rainbows.  As we all probably know, rainbows are not objects that can be approached.  They are an optical illusion caused by water droplets viewed a certain angle from a source of light, most likely the sun.  There may appear to be a person under a rainbow from where you are observing it, but that person just sees the rainbow from a different distance.  A rainbow is caused by light being refracted in a droplet of water like rain or mist. It is reflected inside in the back of the droplet, then refracted again.  In a primary rainbow, the color red is on the outside, and violet is on the inside, but in a double rainbow, the colors are reversed in the second rainbow.  There really aren't any distinct bands in a rainbow, they are a continuous spectrum of color.  Any bands we see are a result of human color vision.

Anyway, back to my first question.  What's at the end of a rainbow?  And the answer is... a W. 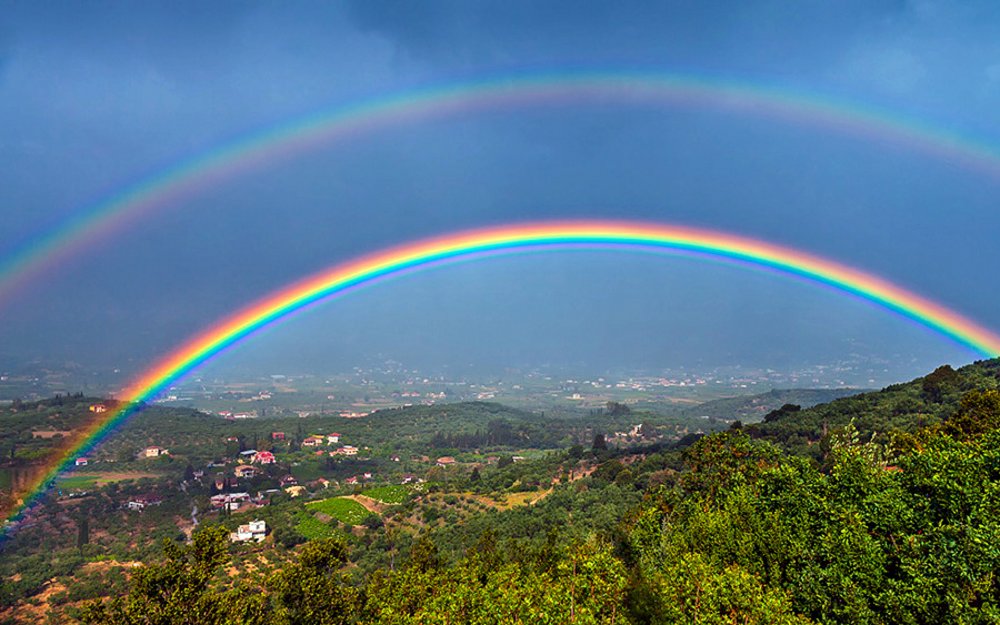