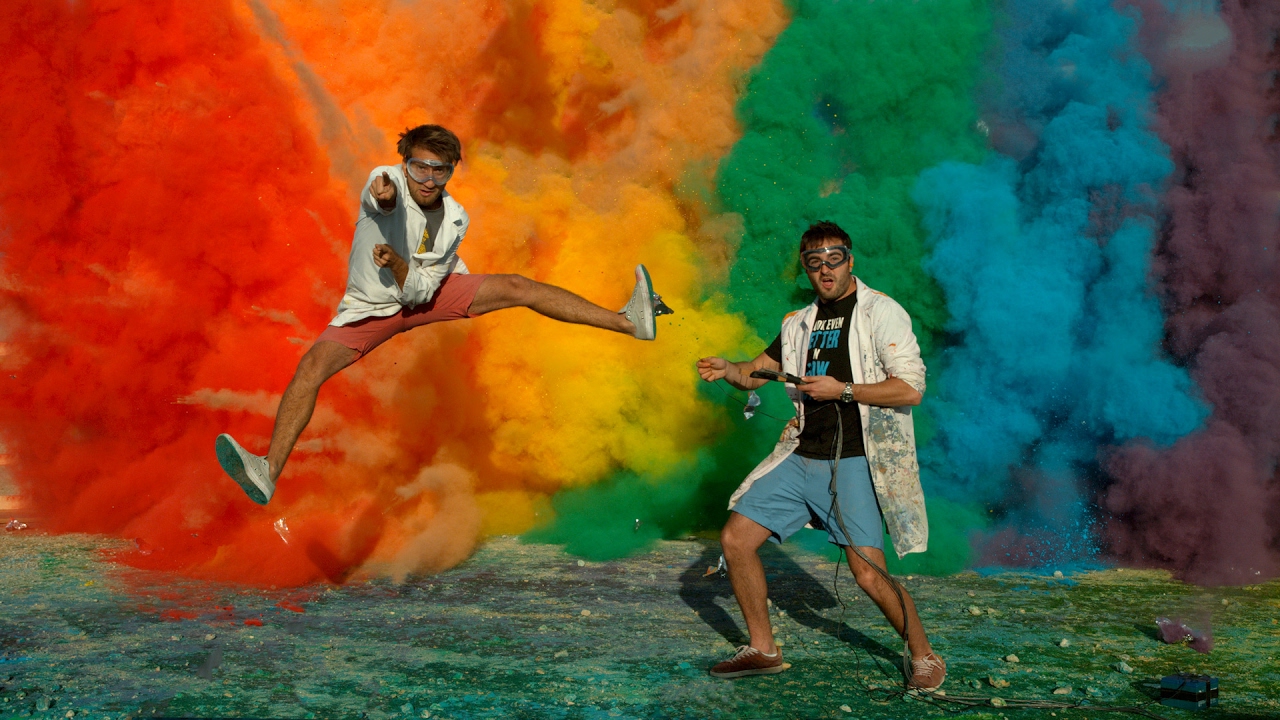 On the left is Gav. On the right is Dan. They are the Slow Mo Guys.

As you can probably tell, they make YouTube videos of stuff in really slow motion, and are probably my favorite YouTube channel to watch. Not only is some of the stuff that they do really cool, but they're also quite entertaining. They're both British, and in the past few months, have sadly not been releasing that much content. But very recently, they revealed that they had teamed up with YouTube, and were given a much more "professional" show, so they're going to be releasing a lot more content, much quicker than they used to.

They are also a part of Rooster Teeth, an entertainment company which uploads YouTube videos daily. Fair warning - they are NOT school-friendly. Anyways, here are some of the stuff that they've done.

And there's plenty more where that came from.