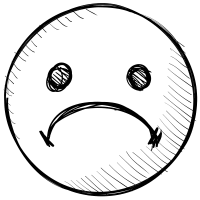 This class has shown me multiple times that I'm not doing enough preparation or work to succeed. It's no ordinary class where if you just put minimal effort in you will be crushed. I've learned that the hard way. I've never been more thankful for grade buffers like web assign or these blog posts, and even then I'm still procrastinating. However, one must fail in order to succeed. I strongly believe that applies to me right now. I didn't put the effort in first semester and was surprised that the class actually beat me to a pulp instead of cruising along senior year. But I've now learned from my mistakes. Stick to the schedule, put the work in, don't make up excuses to procrastinate. I'm motivated to step it up a notch and end off the second half of the year with a bang.