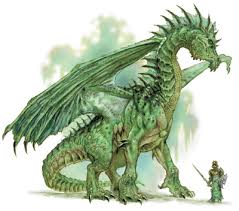 Lets think about common conceptions of dragons: They breathe fire, they can fly, they're massively gigantic, and they have impenitrable scales, fearsome claws and teeth, and are just pretty beastly.

So lets say a dragon is the size of about 3 elephants high, 4 elephants long, and 2 elephants wide. Considering the fables make them anywhere from lizards to the size of mountains, I think this is fair. So this is about 13 elephants worth, shaving off a couple for the long neck and tail that are narrow. An average elephant weighs about 5,000 kg. So this dragon weighs around 65,000 kg. Lets shave off a bit since its a dragon so prooooobably its lighter than it looks. We'll just call it 60,000 kg. Certainly this would provide plenty of room on its interior to cook a fiery inferno to spew forth from its mouth. But even if a dragon secreted flammable gas from its mouth to shoot flames in inferno-proof mouth, this beast weighs a LOT. Certainly enough to crush buildings and people with its feet and jaws, that I don't doubt.

But could this beast fly?

The golden eagle is the biggest predatory bird I can think of. They can weigh up to about 7 kg and have a 2 meter wingspan. So a smaller golden eagle at 6 kg we'll round up to say has the same wingspan. At these proportions, our dragon would have wingspan of 20,000 meters. So our 12 meter tall 14-18 meter long dragon has a wingspan that covers about 200 foot ball fields. Certainly not any of the proportions I've ever seen on a dragon...

So either our dragons can't REALLY knock down buildings because they're entirely hollow, they just plain can't fly, or we have EVERYTHING all wrong. I'll leave the fire breathing up to you.