I'll set the scene: It's a dark night and the fog is thick as soup. You drive along in your pink jeep, hoping to get home in time for dinner (your favorite!), when a white mass appears in the road. 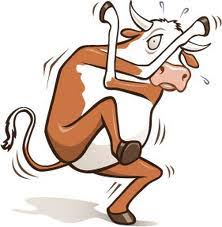 You thrust the break pedal to the ground, and your wrangler just stops short of the bovine J-walker. What is the only thing that came between you and a pile of ground beef? Physics is the hero of this story-- specifically friction.

A car's breaking system is usually one of two types: a disk break or a drum break. The disc break system is composed of a rotor (or break disk), a caliper, and break pads. The rotor turns with the wheel, and the break pads apply pressure to the sides of the rotor in order to slow the car down. Disk breaks are commonly used in smaller vehicles like cars and minivans, as they produce less heat and are easier to change. If you need to "change your breaks," it's more likely that you have to swap out the worn-down break pads than the rotor. 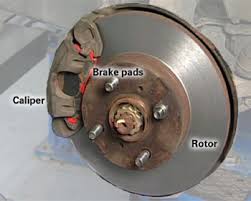 In a drum-break system, the curved break pads, or "break shoes" push up into the sides of a dish-like cylinder, called the break drum. This system of breaks is used in larger vehicles, like semi trucks. While the drum break system produces a larger amount of heat energy than the disk breaks, it is much more effective. For very large vehicles (ie. busses) air breaks are used, but we won't get into that. 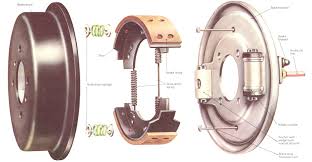 So here's the pure physics of it all: break pads are made of steel with ceramic or another friction-inducing substance. When pressing up against the rotor/drum, the pads convert kinetic energy into heat energy due to the high pressure and friction of the interaction. The larger surface area of the break shoe for the drum model causes there to be more heat released in the drum model than the disk model, which is why the disk model is more common in cars.