For my birthday, I received the video game called Firewatch. You play as a man who went through some rough points in his life, and so you take a job as a forest fire watchman, and you do a little bit more for your boss, Delilah. As you explore your area of the woods, you climb up and down several rock walls using only a rope, and the ropes have been sitting out in the forest for at least three years. I have only seen the character once, and he appears to be about 250 pounds, or roughly 113 kg. I was wondering what the tension would be in the rope as you climb up at a constant speed. This is a fairly easy calculation, where tension would be exactly equal to mass times the force of gravity which is about 1107 N of tension in the rope. This seems slightly unreasonable that the ropes would not snap, especially with consistent use, as they have been weathered by the elements. 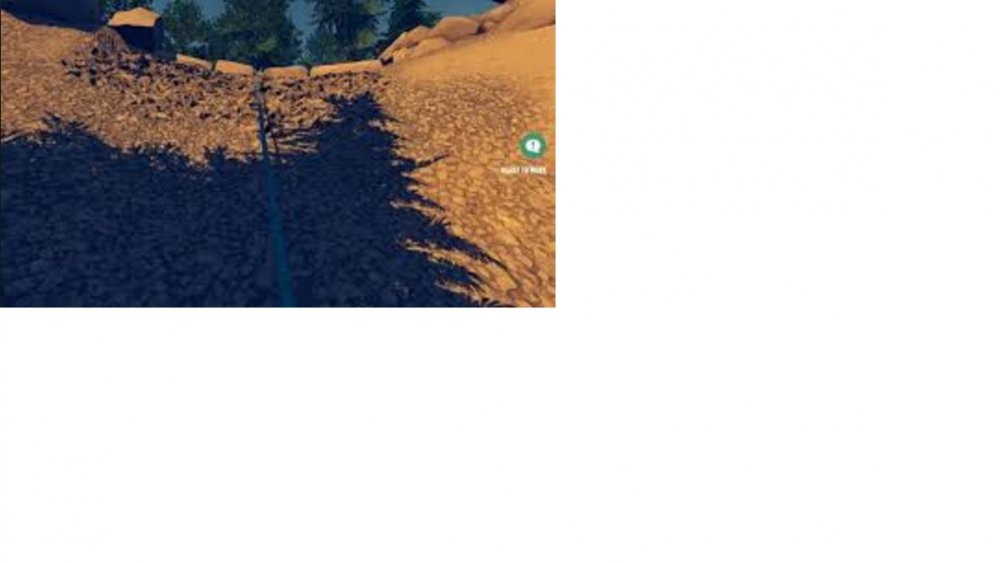