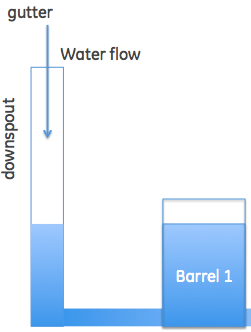 In reality, no. The fluids in a system always like being at the same height. This made absolutely no sense to me until I decided to look it up, and found out that it actually isn't that complicated, and I should feel ashamed.

And since pressure is equal to force divided by area, it makes sense that in order to have a small amount of liquid be at the same height in a system with a larger amount of liquid, it would need to be put in a container with a smaller cross-sectional area. Alternatively, it could be put at a different elevation, but that's just cheating.