Welcome back! Today's just gonna be a simple discussion as to why the Mirror Shield from the Legend of Zelda games is inaccurate as to the way light works in real life. 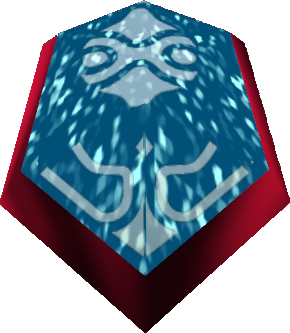 This is the Mirror Shield as shown in the game The Legend of Zelda: Ocarina of Time. This shield has appeared in several other incarnations in the series, but most share one feature. They reflect light in order to solve puzzles. Now, although it has a highly polygonal model, you can clearly see that the "mirror" surface is convex. In the games, the player reflects a straight beam of light when standing under a light source. However, due to the convex nature of the mirror, the light should be dispersed. The only way a straight beam of light would be achieved would be with a flat surface. A convex mirror disperses light, whereas a concave one brings it to a point. Most of the shields in the series act the same way. They are convex, but direct light in a straight path.

That should conclude this post. Let me know your thoughts, and I'll talk to you next time!