I found this software a while ago called "Space Engine", which can only really be described as a universe exploring tool. It's just a simple thing that allows you to fly around in space, starting from Earth. You control the speed you go at, and I feel this is the only thing to ever really give me a feel for the perspective on how large the universe really is. At first impressions I thought everything I saw was based on reality, but I found out that by default anything outside of what we have observed is procedurally generated, meaning that it is made up randomly by software and clever programming. This random generation is especially impressive, because you can fly in between galaxies, slow down to find a star, and then explore the planets and whatever else may be orbiting that star. I did this over and over until I found a planet that was labeled as a "warm terra", so I looked further and found it had everything: oceans, mountains, valleys, plateaus, etc. I compiled a bunch of the things I found, which were all interesting in their own way.

Here's a video I put together of some pretty scenes I found: 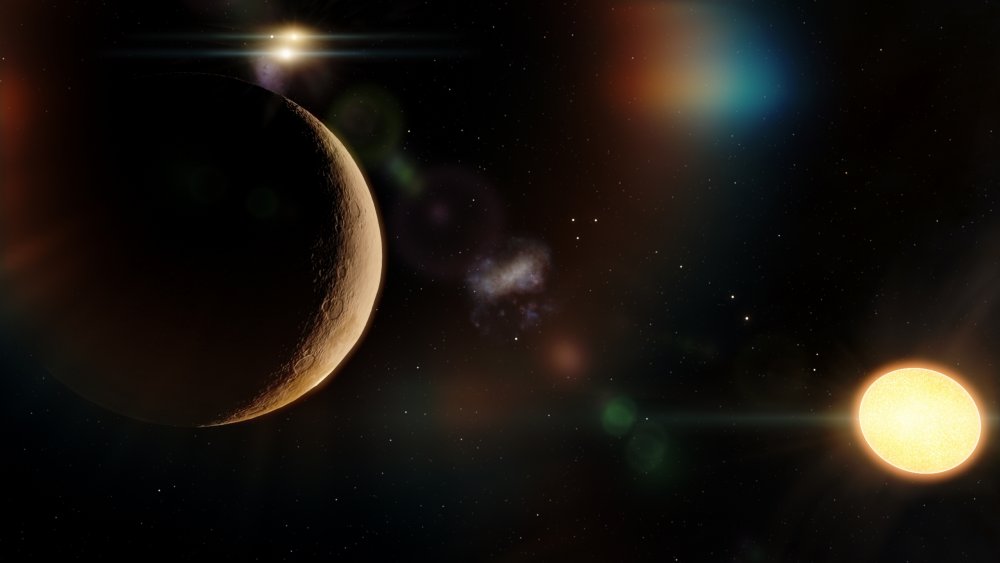 Another view of the same 3 star system: 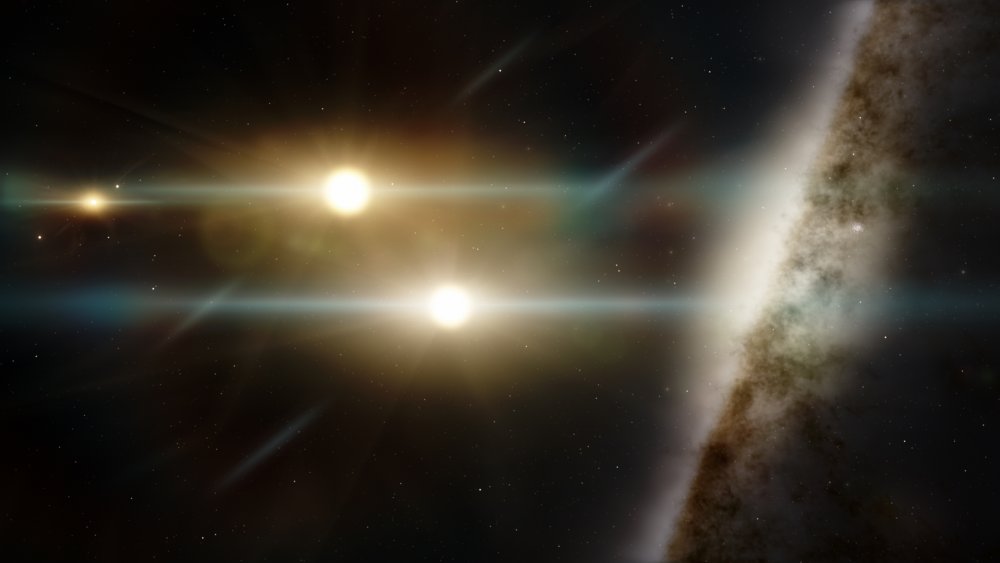 Mountain range with planet's rings going over the horizon: 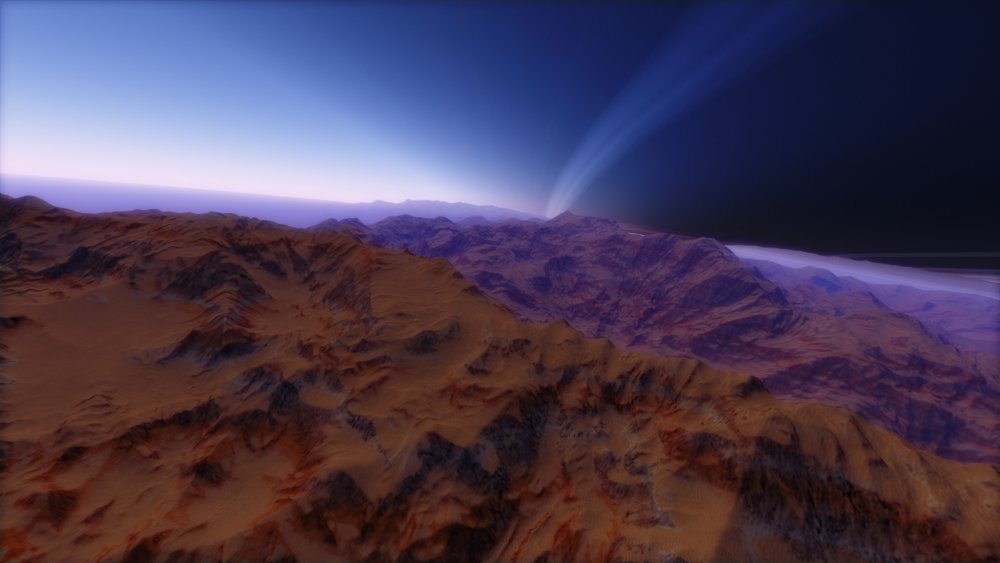 Gas Giant in front of a galaxy: 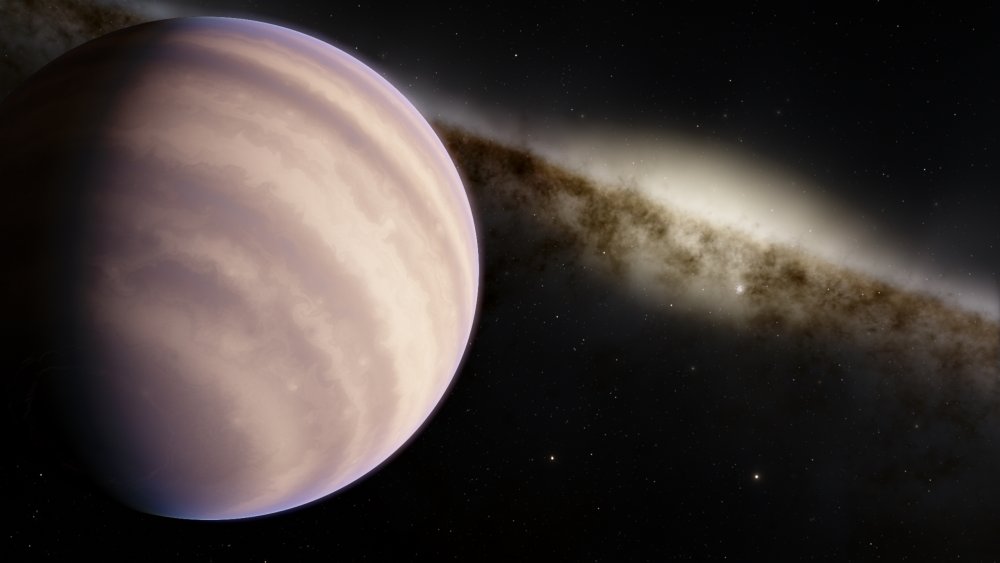 Trailing edge of a galaxy perpendicular to horizon of a desert planet: 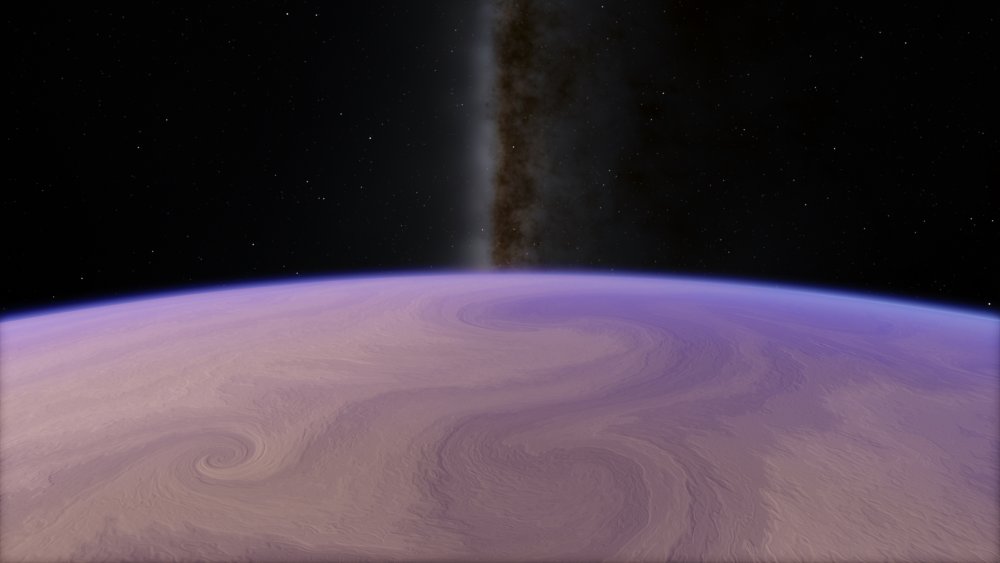 All of these formations were completely randomly generated, which is hard to believe considering how realistic they look.

Space engine is a free software, currently in a beta form that is being worked on slowly. You can download it here: http://spaceengine.org/