Popcorn- especially movie theater popcorn- is one of my favorite foods. Until now, I have never thought to explore the science behind popping popcorn kernels. The metamorphosis from a kernel to popcorn involves several physics concepts including thermodynamics and bio-mechanics. To start off, the kernel must heat to a temperature above 100 degrees Celsius. The water inside then turns to vapor and forces its way into the hard endosperm of the kernel. When this occurs, the inside becomes  a molten mass. The pressure builds and builds until the shell explodes. As soon as the kernel bursts, the starch cools and a delicious snack is formed. 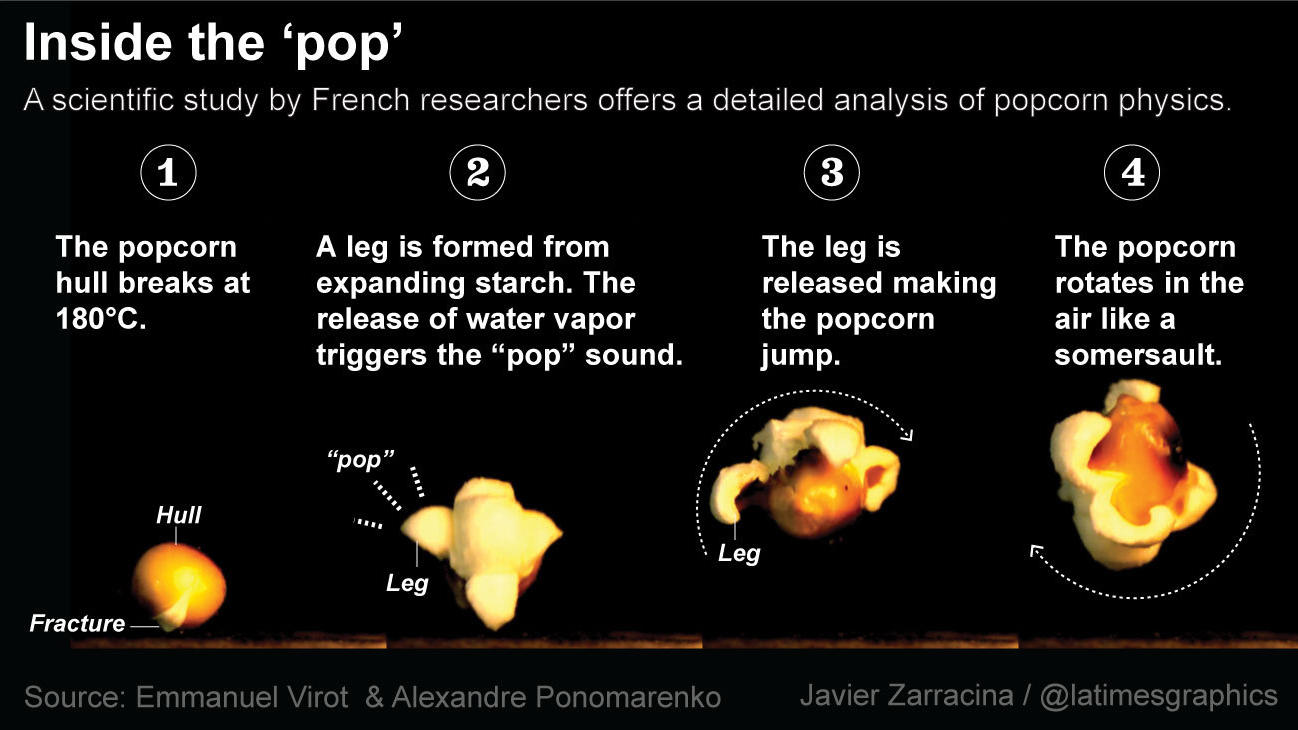