I love Disney Pixar's movie Up for lots of different reasons, especially for its very imaginative and fun story line. But have you ever wondered how many balloons it would actually take to lift Carl's house? Well if you consider that about 1 liter of helium can lift one gram, then the average balloon that holds 14 liters can lift about 14 grams. So if I wanted to buy enough balloons to lift myself off the ground, that would require about 3,715 balloons. If we suppose that it costs one dollar to fill up each balloon, that's a lot of money. 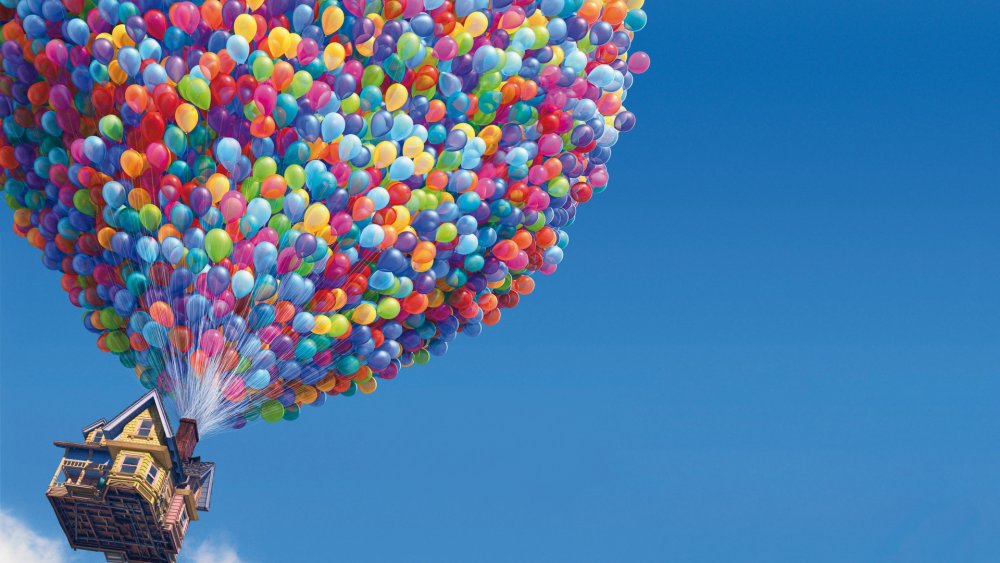 Going back to Up, if you consider the weight of the house and the fact that the house detaches from the foundation, Pixar estimated that you would need 20-30 million balloons to accomplish this. Not only is this an insanely ridiculous amount of balloons, but also an insane amount of money. With 30 million dollars, Carl could've flown to Paradise Falls in a private jet and built a mansion right on the falls. But where's the fun in that right?