Last week I made a blog post about how muzzle brakes on a firearm help reduce vertical recoil by venting the pressurized gas horizontally outside the barrel. But that still leaves the question as why vertical recoil still occurs. Obviously it isn't perfect, but human error can't be the only factor to why firing a gun lifts the barrel upwards.

Funnily enough, we've actually talked about this in class. It's just a simple torque diagram.

Firearms are designed with the grip of the gun placed below the barrel. Because of this, whenever the gun is fired, the force pushing the firearm back along the length of the barrel causes the entire system to rotate. 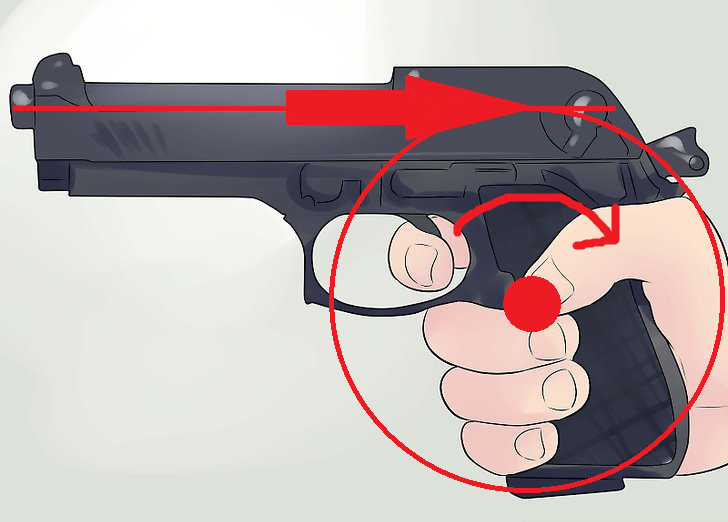 PSA: Don't put your finger in the trigger guard unless you intend to fire

Some companies have improved this by raising the grip very close to the barrel, which does help to reduce recoil, but they can only get it so close. Theoretically, if you were to hold a gun with your hand directly behind  the barrel, then vertical recoil would not be much of an issue... But aiming would. Notice how Iron Man doesn't have to worry about vertical recoil.

Placing the stock of a firearm against your shoulder does  help prevent vertical recoil, but, once again, it isn't perfect. Typically, weapons with stocks on them also fire more powerful rounds, meaning that the force is larger, which also means that the torque is larger, making vertical recoil even larger.