A muzzle brake is a firearm attachment that extends the barrel of the gun. Below is a picture of a muzzle brake. 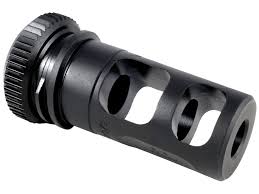 The point of a muzzle brake is to help increase accuracy by reducing vertical recoil when fired. It does this by venting out the gas horizontally in the muzzle brake, rather than letting it spread out in all directions as the bullet exits the barrel. When fired, a large amount of pressurized gas is created within the barrel, and immediately tries to escape, launching a bullet one way, and the gun back. When the gas reaches the muzzle brake, it has its first chance to fully escape and spread out, so it vents out the horizontally-aligned holes, creating a leftward and rightward force, rather than vertical forces.

Below is a list of different common rifle calibers. A small rifle, such as an AR-15 (Yes, in this case, an AR-15 is small) would have quite a bit of power coming out of the muzzle brake, but a heavier, quicker bullet shot out of a rifle chambered in .308 (7.62x51mm) would surely have more power. Even more so, a .50 BMG would have an immense amount of power. Below you'll see 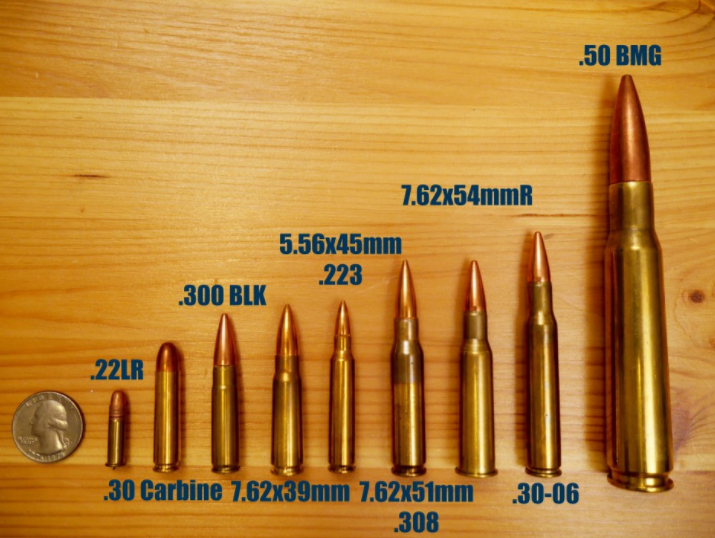 Let's start with a peek at a muzzle brake on the end of a .308 rifle. (On the first clip, he cut a hole through the lettuce, so the bullet isn't actually hitting it. Probably.)

PSA: CLEAN YOUR FIREARMS AFTER USE.