Since the first bicycle coming from Germany in 1817 (called the running machine), there have been great advancements in bicycles: 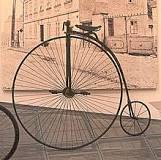 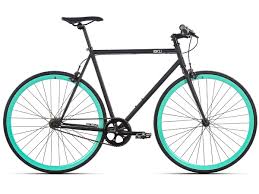 Although this invention has been around for about 200 years, the bicycle proves to be one of the greatest and most efficient inventions in transportation. This is simply because bicycles are able to convert 90% of the energy that a human can put into it by pedaling directly into kinetic energy that powers you along. This is over 4x better than the conventional gasoline engine we use in most cars, which clocks in at only being 20% efficient with its fuel.

In other words, if people could somehow use gasoline as energy in their bodies and ride a bike, it would be a 4x more efficient use of the same amount of gasoline when used in a normal automobile.

So keep that in mind next time you want to go out to get ice cream or visit your friend down the road, a bike is a more efficient machine and it is environmentally friendly!