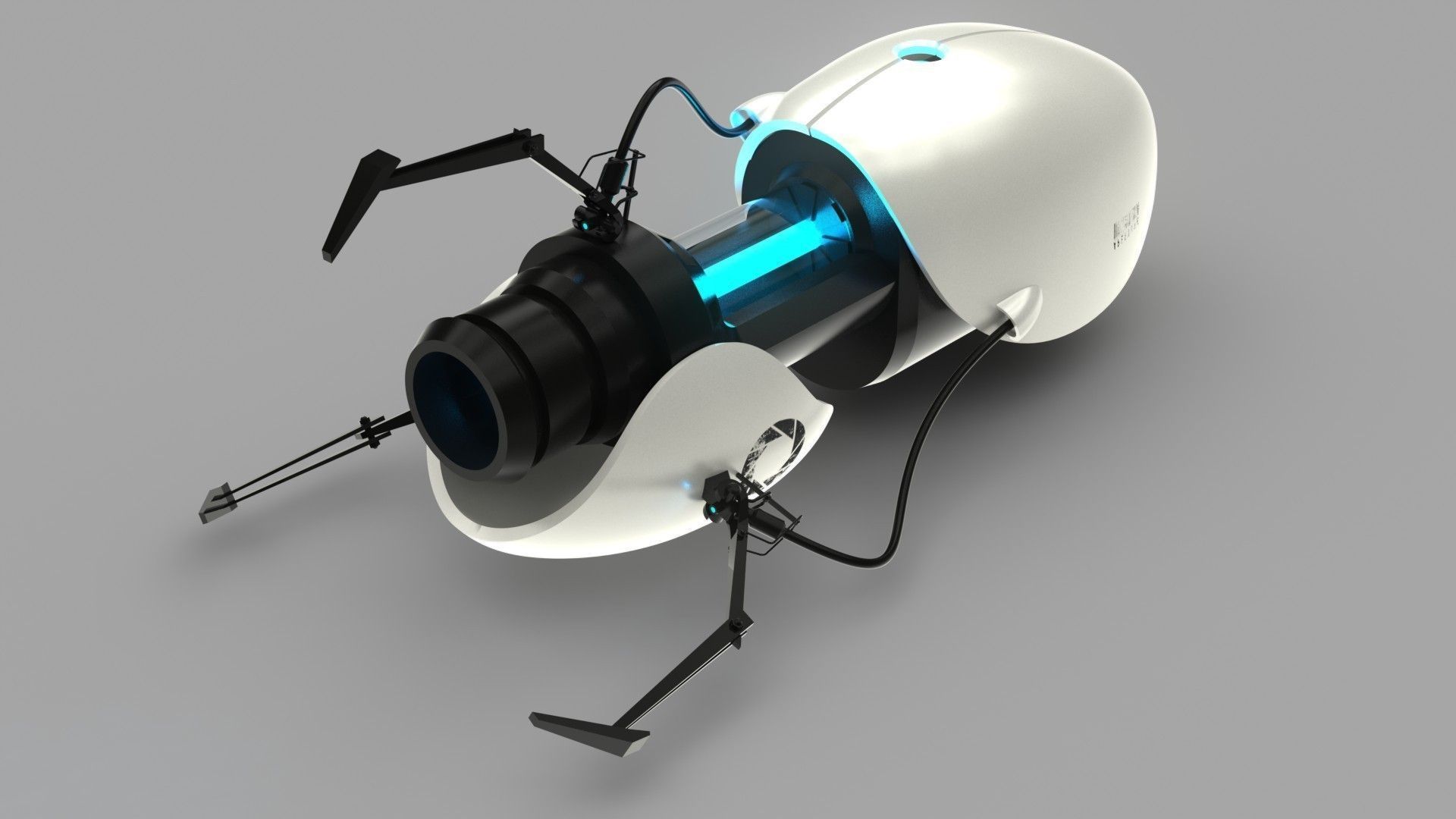 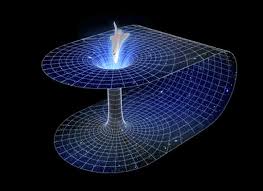 This is a wormhole, it is a theoretical passage through space-time. Imagine space-time being a piece of paper with two dots drawn on opposite ends of the same side of the paper. There are two ways to connect the dots that would result with the fastest route from one dot to another. 1) A straight line between the two and 2) folding the paper onto itself so that the dots are touching directly. A wormhole is the second option connecting from one dot to another or in the case of the portal gun, one portal to another. Would this work? Well if the portal gun could somehow create this circumstance, it is highly unlikely that a human would be able to walk through it because wormholes experience high instability, and it would most likely collapse upon itself. Wormhole = no good!
The second theory has to do with Quantum Entanglement. Since I am not well versed on this phenomenon, let us just think of it as if you were born as a photon and you have a twin that you have been connected to for your whole life. Regardless of the distance between you, what happens to you will happen to your twin photon and what happens to your twin photon will happen to you (thank you Washington Post for providing an explanation close to that). So in portal talk, if the portal gun had the ability to entangle the particles of any two surfaces with one surface destroying whatever it touched and another surface recreating it, the portal could work. This would happen by your body being destroyed and put back together instantly by walking through the portal. In the process however, you would become a mirrored image of yourself, which would be fine and dandy if you do not mind being backwards, but the Quantum Entanglement would also mirror all of your chemical particles which would be no good. Simply walk through another set of portals and you would be returned to your normal, and safe, form.
So could the portal gun work? If we master Quantum Entanglement, than yes. Otherwise, the portal gun is a fantasy that I am sure everybody would like! If you would like another explanation, please visit where I discovered the Quantum Entanglement theory of portal: https://www.youtube.com/watch?v=JzRvmNaPxdA&t=306s
Share
Followers 0