Cats have evolved to be the ultimate being. They have evolved to disprove somebody when they say "Nothing living can do that." Surely you've heard that "cats have 9 lives." Let's take a quick look at the cat.

As you can see, this is a cat. Fluffy, adorable, evil little thing. It looks harmless. It looks "cute." You wouldn't want to harm it, and you think it wouldn't harm you. But that's where you're wrong. Those paws have hidden claws in them, and whenever the cat wants, it can take them out and demolish their prey.

Cats can also climb almost anything, whether digging in with their claws, or jumping with insane strength and accuracy. They can jump from wall to wall, over and over. And if they're going fast enough, they can easily run along a wall and jump off, landing exactly where they wanted to. These things would put Spiderman to shame. And on the unlikely chance that a cat ends up in free-fall, it has a pretty damn good chance of surviving, due to it having a relatively slow terminal velocity, and some other factors. I'm pretty sure somebody else did a blog post about that.

Now let's scale up a bit, to something that would beat us in a fight, like a jaguar. 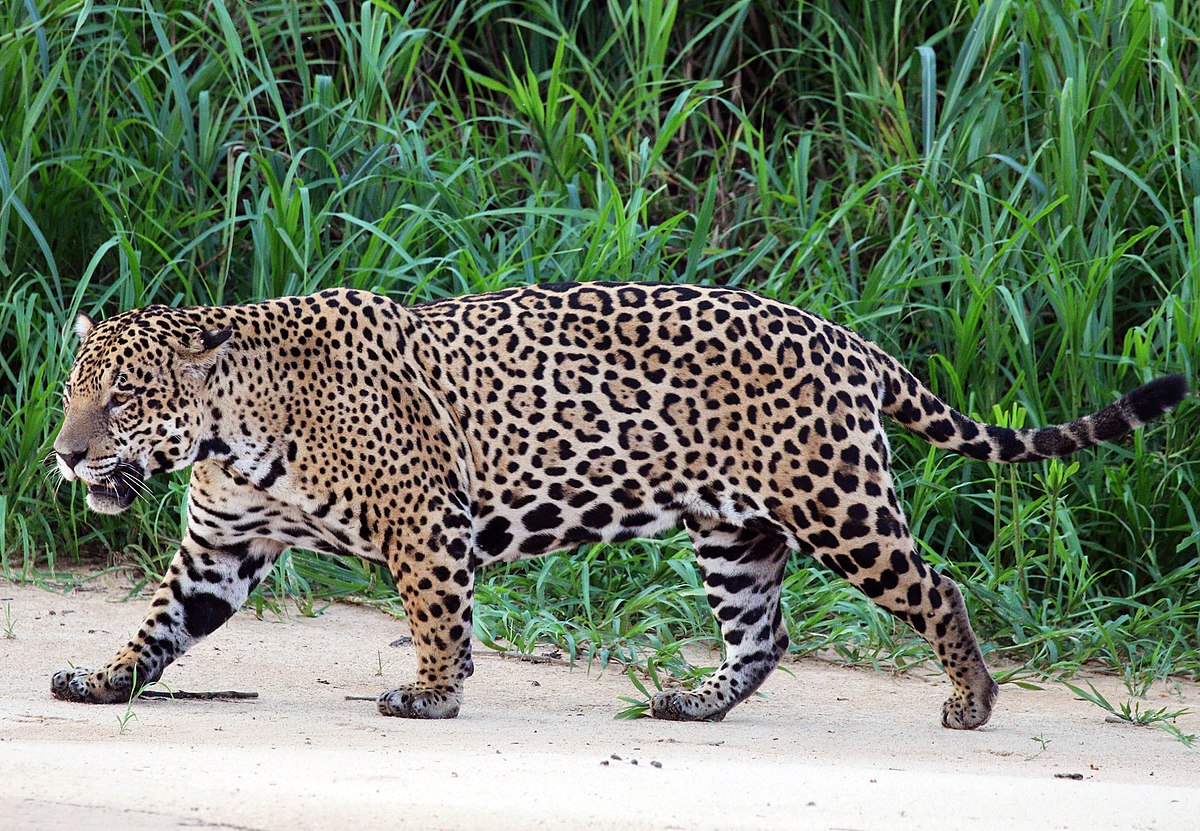 Quick note: If you're googling about jaguars, add "animal" after it, otherwise you'll get results from the car company, and end up with top speeds of over 100 mph.

Like house cats, jaguars have retractable claws, but a top speed closer to 50 mph. Much scarier. They prey on animals that I would only be fine with seeing in the wild through a scope, and usually win fights rather quickly. Chances are, if one had its eyes on you, you'd be dead before you knew what was happening. They're ridiculously fast, ridiculously stealthy, and ridiculously strong, like their domestic counterpart, just much bigger.

Other larger, scarier versions of cats include cheetahs, tigers, lions, leopards, and cheetahs. All fascinating animals that we would love to see, from the other side of a tall, electric fence.