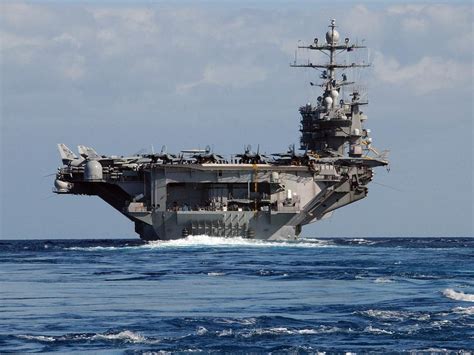 This massive Navy rig is typically 1000 ft long by 300 ft wide, weighing in at 100,000 tons! How in the world does it stay afloat? Good question, lets learn. First things first. The process used to keep an object afloat is displacement. The hull, or bottom of this large ship is designed to displace a volume of water that weighs more than the entire ship itself. How? Even though the carrier is made with heavy things, it's like a enormous iron, steel, and cement balloon. There is enough air inside of the aircraft carrier that it weighs less than a similar volume of water, causing it to stay afloat. Air and open space is the key to buoyancy. Who knew such a mind bending object could be explained with simple physics? Thanks for tuning in!